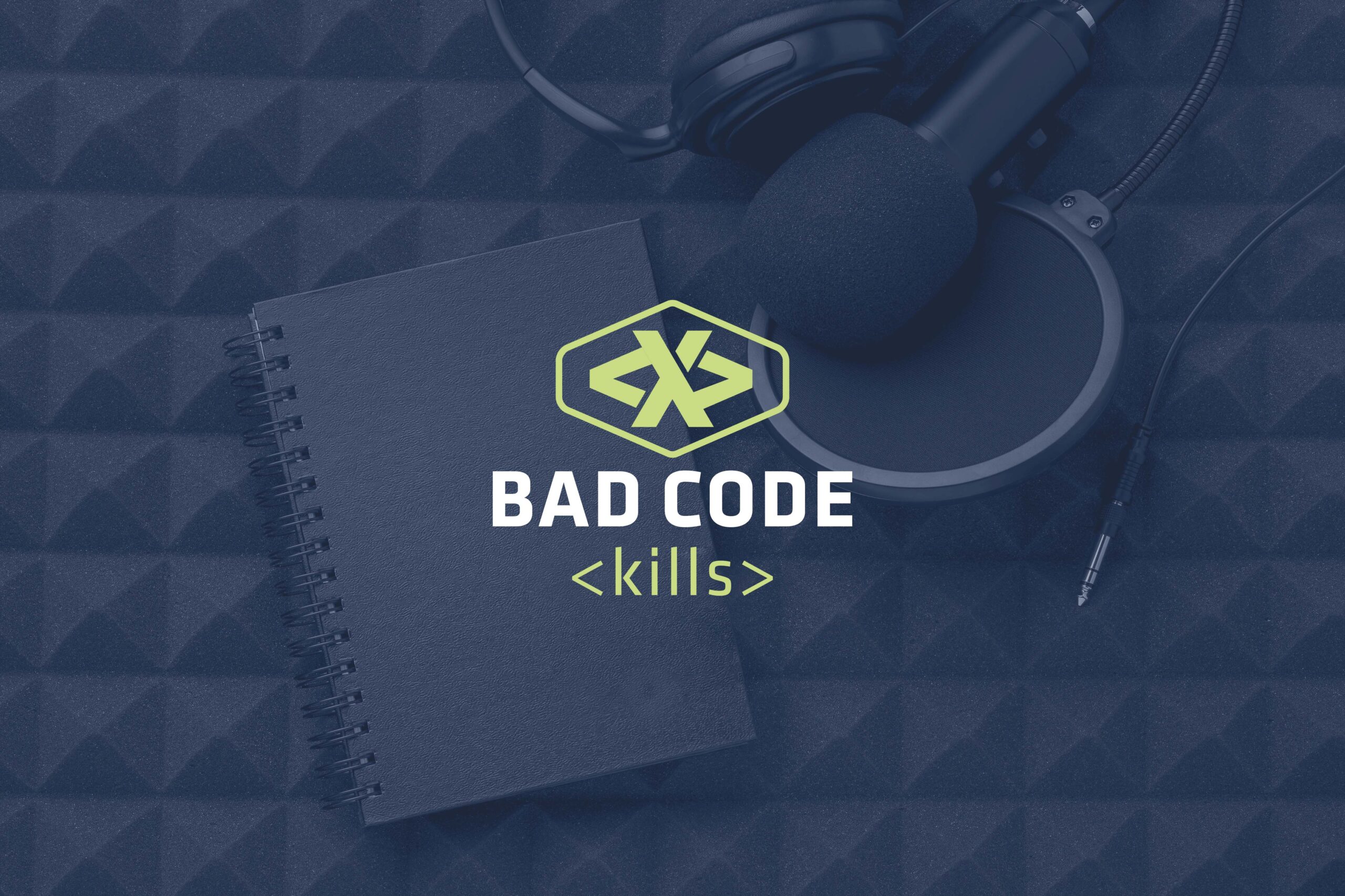 Have you ever wondered what happens when coding goes wrong, like really wrong?

Jeremy Duvall, has a special affinity for the topic: As a coder (and nerd) who runs his own development shop in Atlanta, bad code really bothers him. Sure, he loses business to outsourced, cheap coding companies from unspecified foreign locations, and that sucks. But what really gets to him is that no one seems to understand how comprehensively code is integrated into our daily lives; no one seems to be paying attention to the long line of mishaps involving code that spell out a potentially calamitous narrative for the human race; or that you don’t even need a license to code! Jeremy will interview knowledgeable coders and history experts, talk about his Magic: The Gathering international ranking, and other fun. 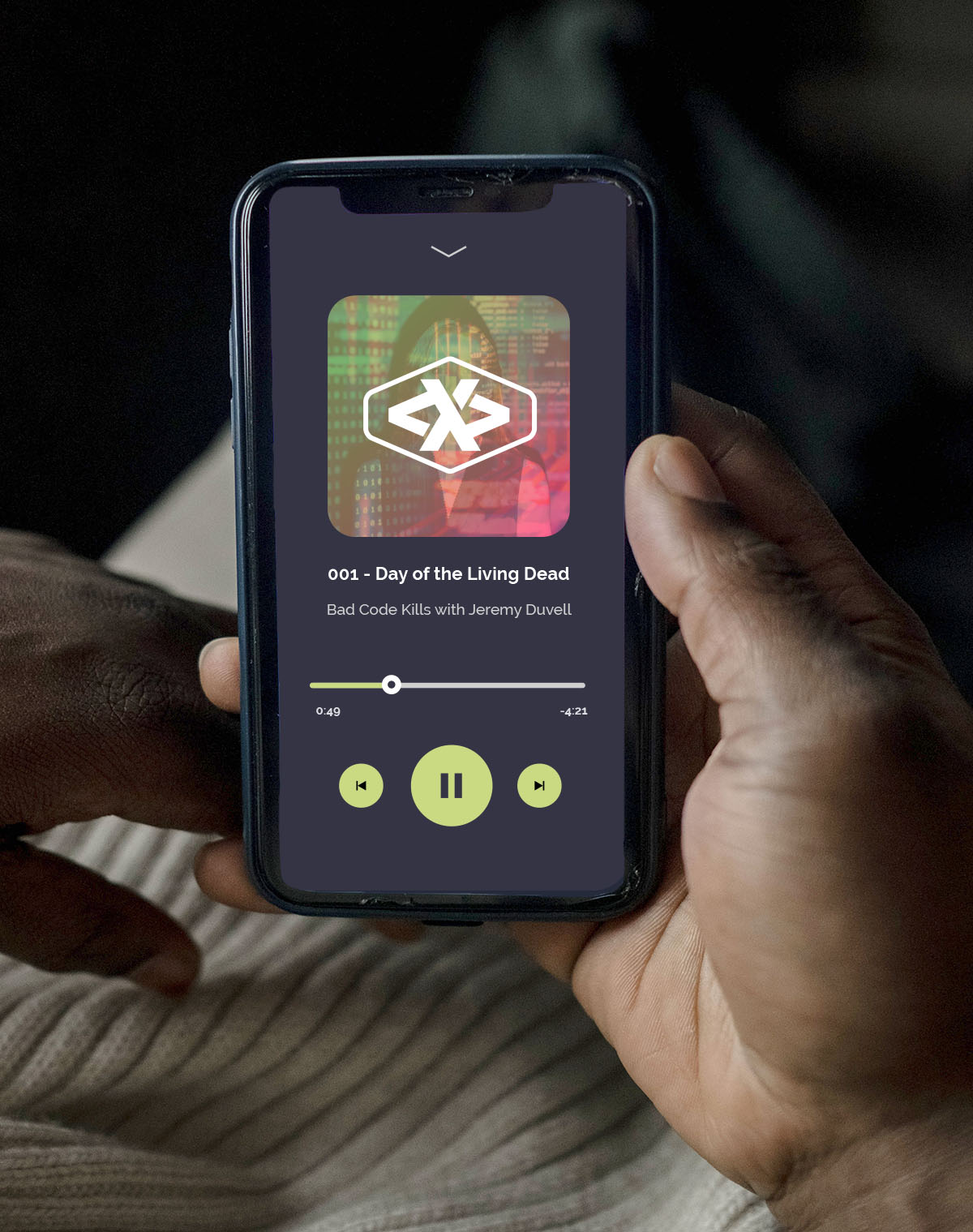 The podcast BAD CODE KILLS is part history lesson, part topical conversation on code and life, mixed with a dollop of coding rant. It is designed to inform, educate, and entertain listeners of all backgrounds on the importance of good code, the disastrous effects of bad code, and why that matters more than ever in this technological utopian hellscape. Each episode will retell the story of one coding mishap that had a profound (and sometimes deadly) result. We’re talking planes and missiles literally falling out of the sky; cancer patients seeking medical help and getting the exact opposite; and democracy falling to its knees — all because of coding mistakes, lazy coding, or just plain ol’ patriotism, stupidity, or greed.

Having worked with Jeremy on another branding project (link) I jumped at the opportunity to work with him and his team again on his latest endeavour – branding for his tech industry focused podcast.

This branding project was kicked off with a questionnaire followed by some meetings, lots of research into podcasts and the direction and tone of voice Jeremy wanted to take with his podcast. Once a clear direction was found I pursued a number of different visual directions. When I think of code (being originally a Computer Science student) I think of Brackets, or braces, which are a syntactic construct in many programming languages. They take the forms of “[]”, “()”, “{}”, “<>” or “.” They are typically used to denote programming language constructs such as blocks, function calls or array subscripts. These are some of the essential building blocks of any code and without the correct number of them the code will not run.

In coding if you open a code block you also need to close it with a forward slash inside the opening bracket “</>”. This got me thinking that if bad code causes a catastrophe it’s the end of that program running. Pairing this idea with a back slash made a letter ‘X’ which is perfect to symbolise bad, broken, danger etc. I felt this was more than enough to clearly inform the coding savvy audience that Jeremy would be reaching about the content his podcast.

Following this theme I tested out a number of different styles. One that used a more dystopian stencilled font that looks like it’s straight out of a sci-fi film an another option that uses an endless loop code bracket combination which would signify that the code has broken and is stuck in an endless loop, this endless loop also reminded me of a superhero mask. I saw Jeremy as the coding superhero that would rescue potential clients from evil coding villains.

Jeremy picked his (and my) favourite logo option. We experimented with different typefaces and case settings until settling on a modern straight-sided technical sans-serifs, flexible for both editorial and identity design. The colour pallette of light green and navy was a perfect fit. We felt the more subtle green was more reflective and interesting rather than an in-your-face shouty green. Jeremy and team are very happy with the branding and have kicked off their podcast which is available to download from all good podcasting apps. 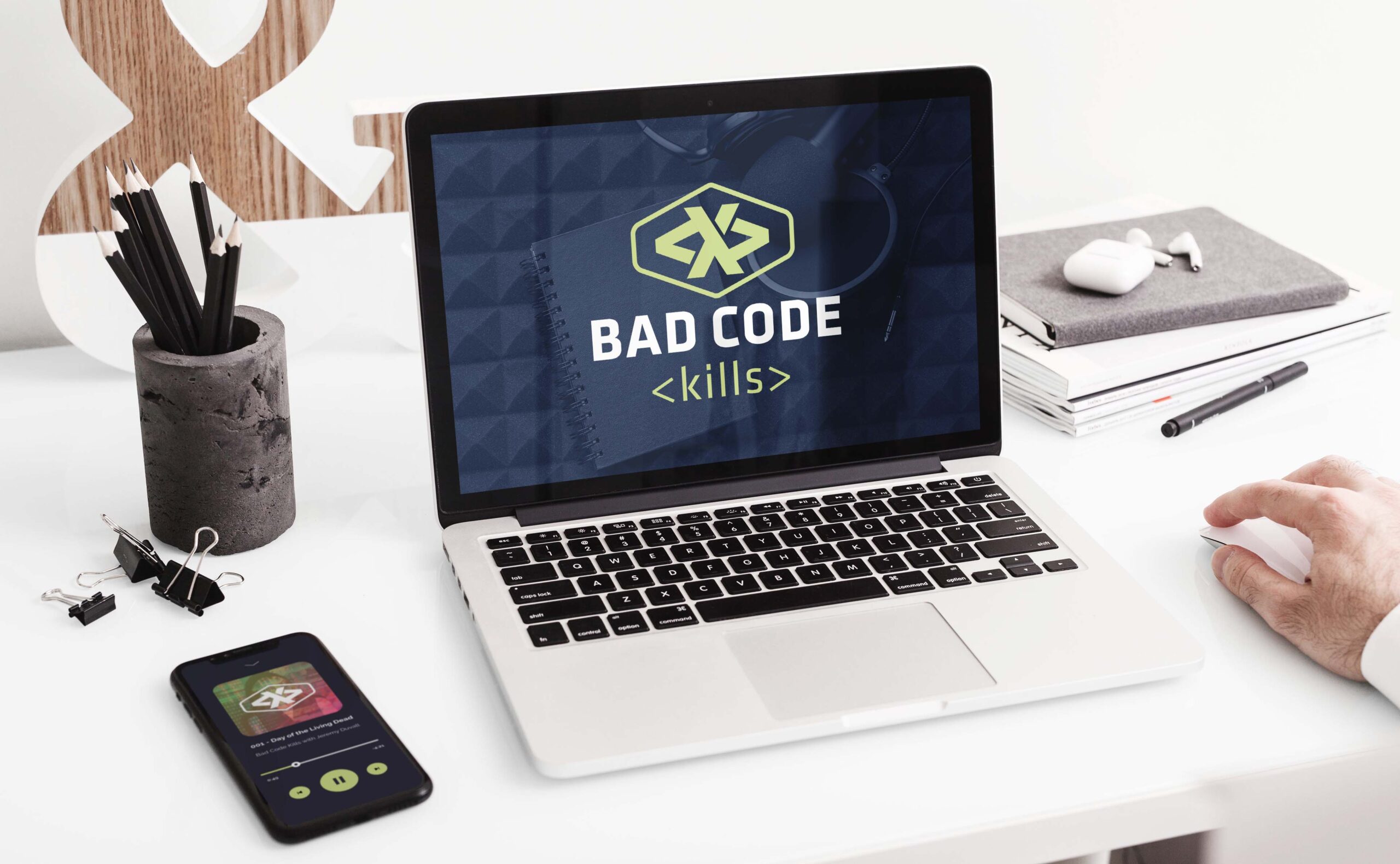